SAY HELLO TO YOUR

We solve genealogical mysteries, do heir research, find relatives and all that with love.

A highly skilled professional service with a creative touch 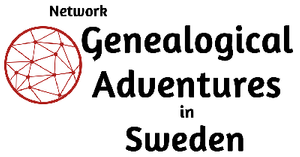 Skåne was Danish up until 1678. Skåne, physically part of Sweden was in fact Danish. In the aftermath of the final conquering of Skåne Danes who did not want to obey the Swedish King were forced to leave, chased away or if still remaining but not wanting to obey the King was killed, decapitated and strung up to make a point.